The Commerce and Economic Development Bureau (CEDB) and the Ministry of Industry and Trade of the Socialist Republic of Viet Nam jointly held a webinar titled “Revival under the ‘New Normalcy’: Hong Kong – Viet Nam Partnership” on 20 September 2021 to explore collaboration opportunities in such fields as trade, investment, professional services as well as innovation and technology (I&T), and enhance people-to-people bond.

More than 500 representatives from chambers of commerce, businesses, the professional services sector and technology companies and start-ups from Hong Kong, Viet Nam and beyond had registered for the event, which explored means to capture business opportunities under the “new normalcy”. This is the fifth government-to-government webinar that the HKSAR Government has organised jointly with its ASEAN partner since 2020, following the ones held with Thailand, Indonesia, Malaysia and the Philippines during the period.

The webinar began with welcoming remarks by Mr Edward Yau, Secretary for Commerce and Economic Development of the HKSAR Government, and the responding remarks by Mr Tran Quoc Khanh, Deputy Minister of Industry and Trade of Viet Nam. It was then followed by a panel discussion under the theme of “Joining Hands for Economic Recovery” and a Q&A session. Moderated by Dr Denis Yip, Commissioner for Belt and Road of the HKSAR Government, the panel comprised government, business and start-up leaders from both places. The Hong Kong panelists were the Executive Deputy Chairman of the Federation of Hong Kong Industries (FHKI), Mr Anthony Lam; Deputy Executive Director of the Hong Kong Trade Development Council (HKTDC), Dr Patrick Lau; the President of Smart City Consortium, Mr Gary Yeung; and the Executive Director and Vice President of Sunwah Group, Mr Johnson Choi. From Viet Nam, the panelists were the Deputy Director General of the Vietnam Trade Promotion Agency, Ms Bui Thi Thanh An; the Deputy Director General of the Industry Agency, Mr Ngo Khai Hoan; and the Managing Director of Hanoi Trade JS Corporation (HAPRO), Ms Nguyen Thi Thu Hien. Based on their areas of expertise, the panelists shared their insights on opportunities in trade, investment and I&T; as well as how the two places can deepen their partnership and seek out collaboration in the region. The webinar concluded with closing remarks given by Secretary Yau and the Consul General of the S.R. of Viet Nam in the Hong Kong SAR, Mr Pham Binh Dam.

The webinar was co-organised by the Consulate General of the S.R. of Viet Nam in the Hong Kong SAR, the Economic and Trade Office in Singapore, HKTDC, FHKI, and supported by the Hong Kong – Vietnam Chamber of Commerce.

More details can be found in the press release. 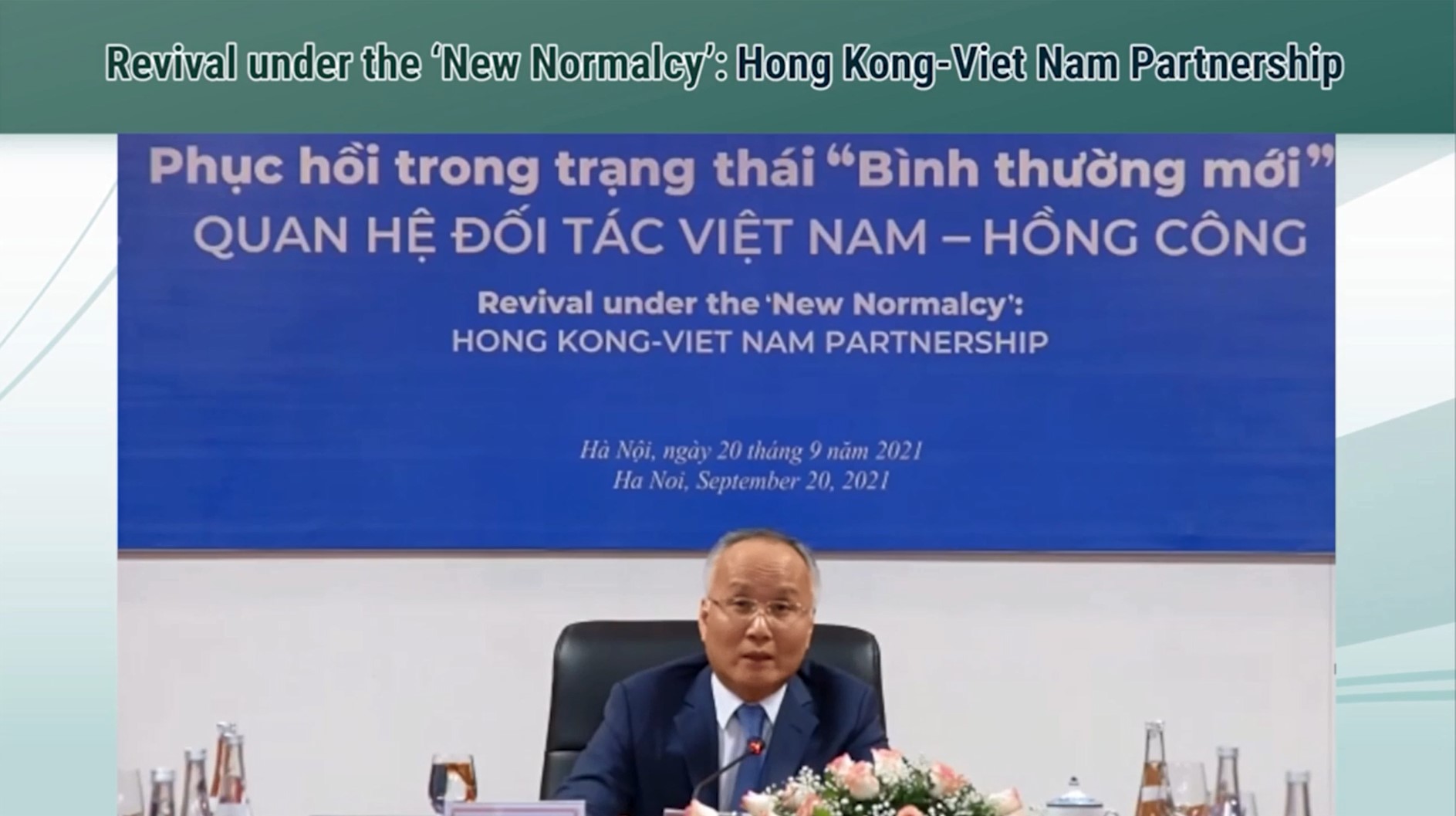 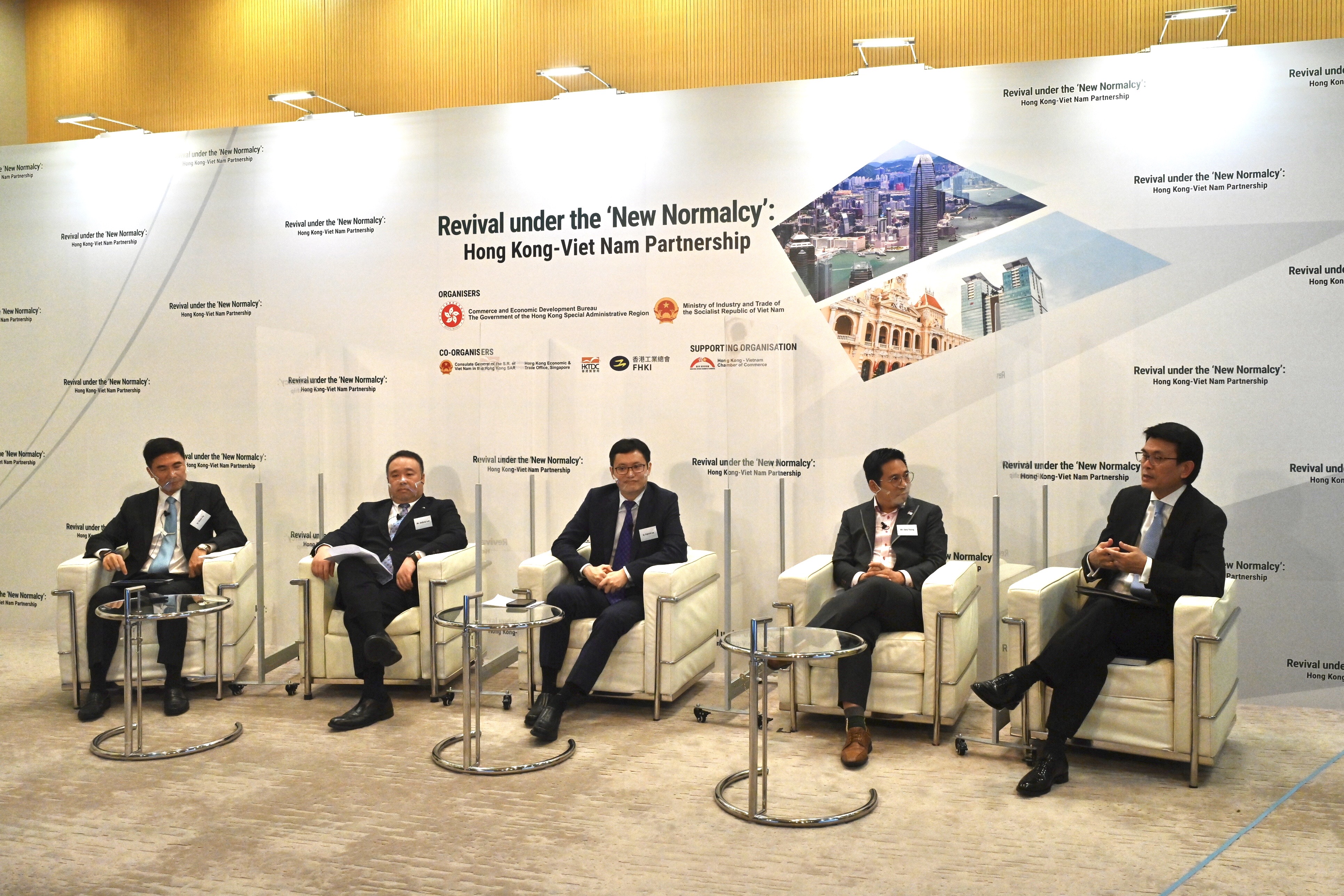 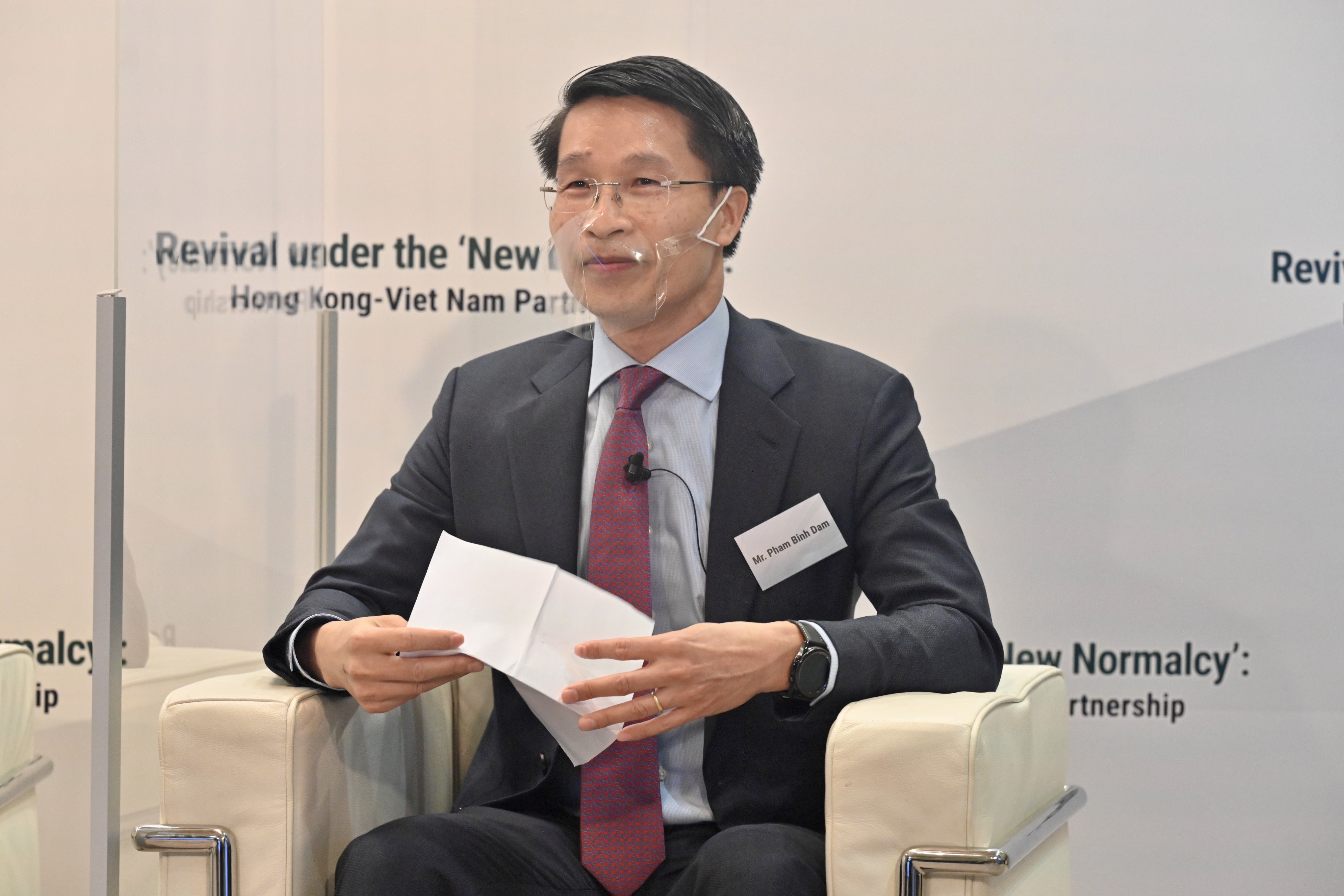